Good news. I have a freebie and an introductory-price new release for you.

Until Tuesday (March 10, 2020, 11:59 PM PDT) Over the Sea to Die is free on Amazon. It’s the third novel in the fun, zany Izzie Firecracker series and is mainly set on the fictional Isle of Scree.  I spent ten years on Scotland’s Isle of Skye so much was inspired by real events, albeit tongue-in-cheek and satirical...

Beautiful Coco, who oft wails on a cold and windswept beach, Bible in hand, is based on a woman who moved to Skye expecting paradise. However, it was too remote for her city soul, and she had a nervous breakdown. All ended well. Does it end well in the book? Please read it for free and see!

Skye is rarely ‘remote’ these days, and if you’re planning a visit, go out of season lest you wish to be stuck behind a long line of camper vans.  May and June are usually the best and sunniest weather of the year. I often wore t-shirts and cardigans in May, raincoats and sweaters in August!

What else?  Oh, yes, my latest release is Awful Wedded Husbands, a  romcom with hints of mystery and magic -- set in the 1970s -- my teenage years.  I look back fondly to when I ate masses but was as skinny as a string bean. If only. 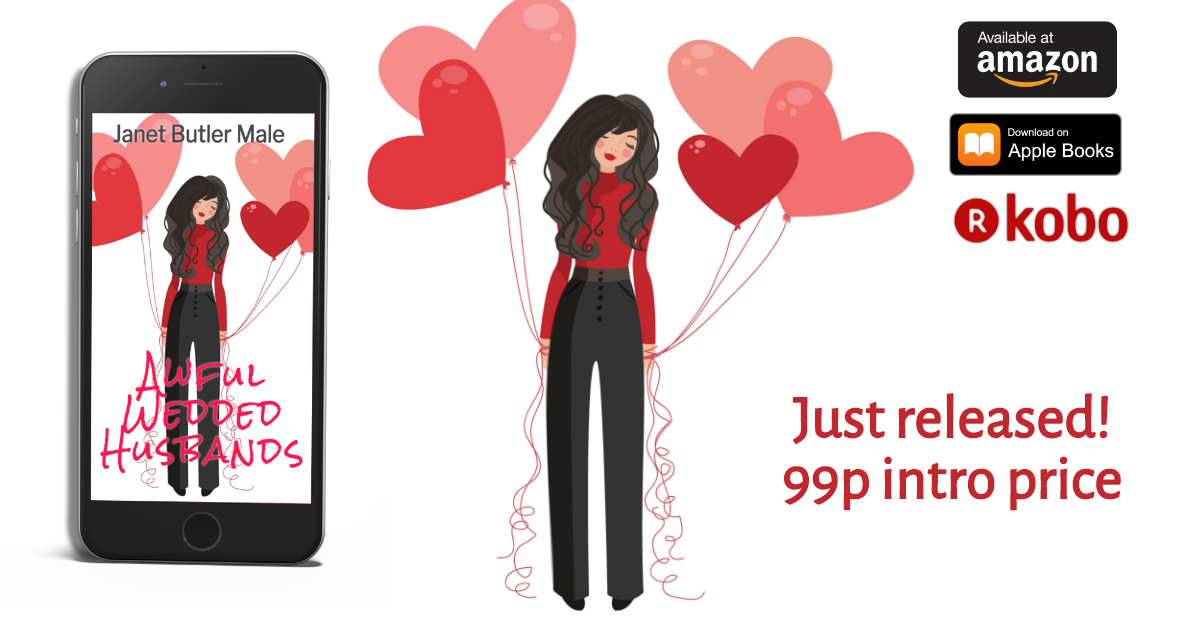 The intro price for Awful Wedded Husbands is just 99p.